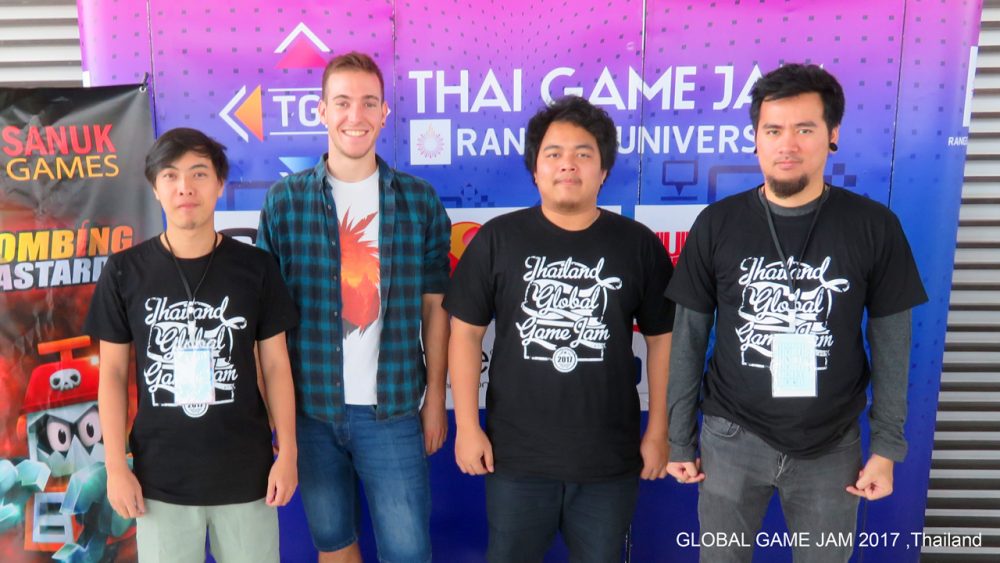 So for the last 5 months I’ve been travelling around South East Asia, which has been amazing, but I have been finding myself increasingly missing making games. So a few weeks ago, while I was in Vietnam, I remembered that global game jam was just around the corner, so I signed up for my nearest jam site, which turned out to be Rangsit University in Bangkok.
I thought the idea of developing a game in another country could be a fun new challenge, I mean I wasn’t even sure if there would be anyone that spoke English.
So on the 20th, I rocked up to Rangsit University and got myself registered for the jam.

The first thing that shocked me was the scale of the Thai dev community, there were over 100+ registered jammers! Far more than any Jam site I have ever been to before. Most of the jammers were students, but there were a couple of attendees from local game companies. I soon found myself a team of local game developers. 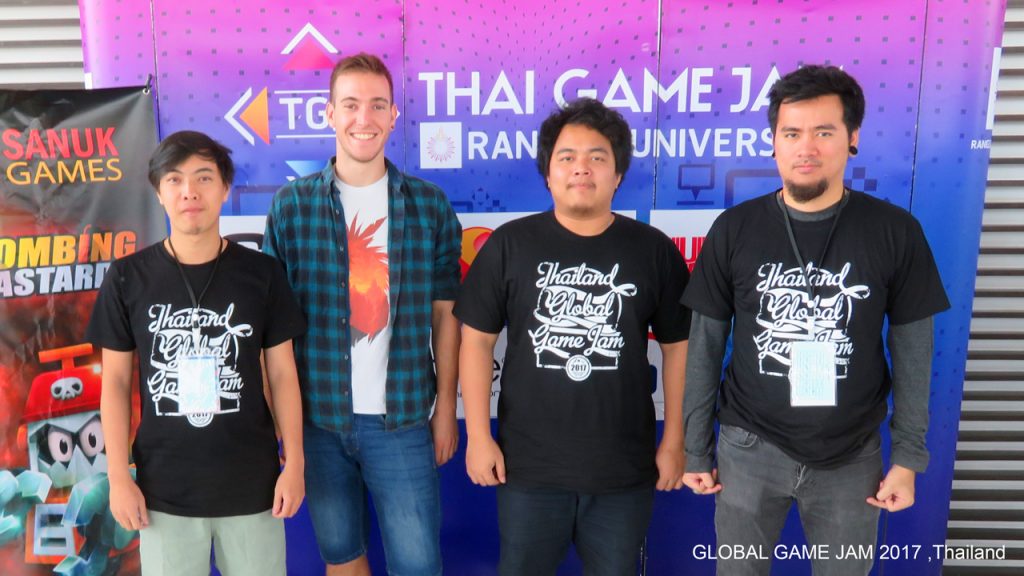 And then the theme was announced was “Waves”. We struggled with coming up with a concept that everyone was happy with at first (the theme was very similar to one I had for Rezzed earlier in the year which didn’t help), but we eventually settled on a concept that revolved around two people bouncing waves between them by entering increasingly difficult button combinations. 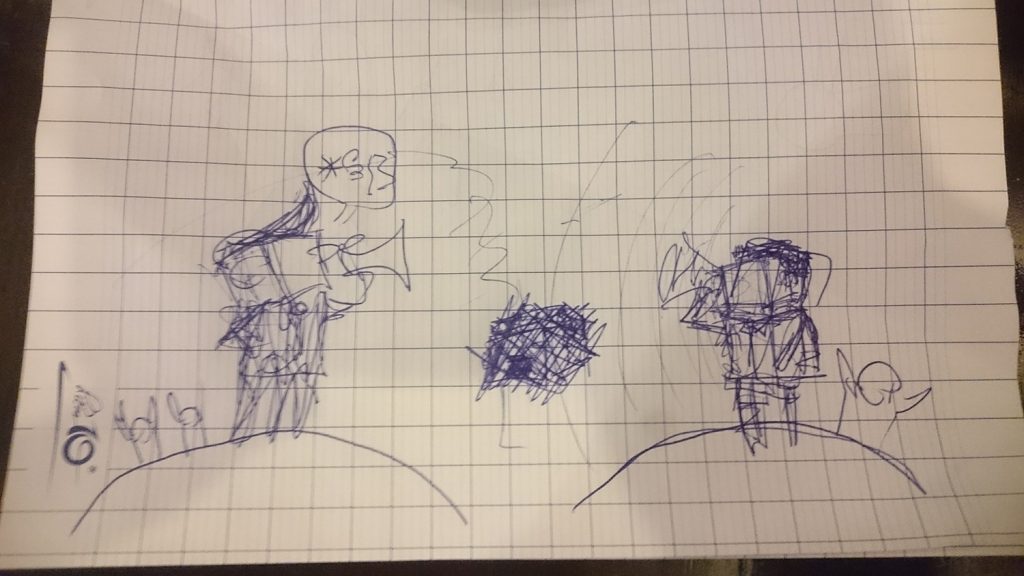 As it was Donald Trump’s inauguration day, the games avatar soon become an angry shouting Trump. We managed to get the prototype working within a few hours, and I went back to my hotel for the night, my team mates had no such luxury however…

I feel bad that I stayed in a hotel for the whole of #GGJ2017 while the rest of my teammates crashed on the floor @globalgamejam #thailand pic.twitter.com/6Htc0jGg2u

It’s probably also worth mentioning that the Jam site provided catering for the whole 48 hours for the jam, as well as free energy drinks, snacks and Coffee, they provided more food than I could ever possibly eat. It was a massive departure from game jams I’ve attended previously

The best thing about #GGJ2017 in #thailand? The catering! I haven’t gone 20 minutes without a new dish being given to me. @globalgamejam pic.twitter.com/Nmu8tVDEMK

Eventually we finished our game and named it “Top Trumps” after the card game. We were voted 3rd in the popular vote of around 30ish games, which was nice! Although our game turned out to be pretty silly, I had so much fun making it. It was also great in another country, the energy in the room was intoxicating and I made a bunch of new friends to boot. I can’t wait to for GGJ2018!

We have now finished our game Top Trumps. You can check it out over here #GGJ2017 #gamedev #indiedev @globalgamejam https://t.co/RGhF6DC8jp pic.twitter.com/hTLKvsx8K0